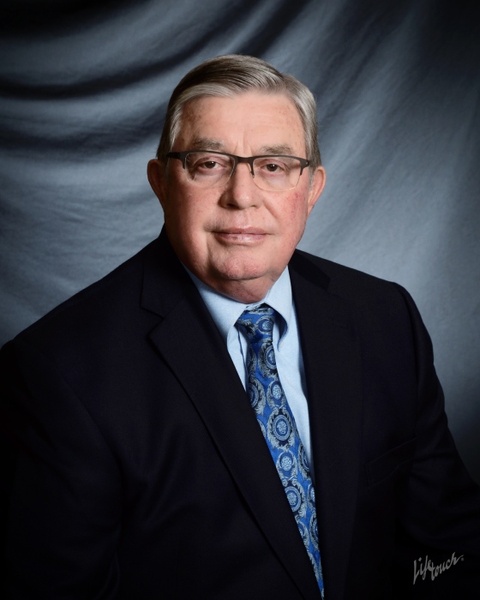 John Edward Drone, age 80, resident of Port St. Lucie, Florida passed away on June 23, 2021 with his family by his side.

John was born in Ridgway, IL on December 19, 1940. He graduated from Ridgway High School and went on to earn his Bachelor of Science degree in Accounting from Southern Illinois University Carbondale in 1965. On August 7, 1965, John married the love of his life, Cynthia (Doyle) Drone at St. Joseph Church in Ridgway.

He served his country in the US Army during the Vietnam war. After his service, John began a lifelong career in business management. He joined Modine Manufacturing Company in 1968 and held various Plant and Operations Manager positions over the next 13 years.

For eight years, John was Vice President of Operations for G&O Manufacturing based in New Haven, CT.  He then returned to Modine to serve as President – Modine Canada headquartered in Mississauga, Ontario.

In 1990, John became Managing Director of Modine Manufacturing Europe BV in the Netherlands. He oversaw Nederlandse Radiateuren Fabriek (NRF), Modine’s head office for aftermarket products in Europe . John later served as President of the Board of NRF.

When Modine purchased Langerer & Reich in Stuttgart, Germany, John became Managing Director of Modine Manufacturing leading the Automotive Division and their manufacturing operations in the Netherlands, Italy and Germany. John and Cynthia thoroughly enjoyed their years living in Europe and made lifelong friends with whom they traveled extensively and created fond memories.

In 2000, John returned to Modine’s headquarters in Racine, WI and finished his career as Business Operations Manager overseeing all aftermarket manufacturing in the US, Mexico, and Europe. He retired in 2005.

In retirement, John enjoyed playing golf and dominoes, vacationing with family, and dining out with good friends.

John and Cynthia relocated to Florida in 2019 to enjoy the warm weather and sunshine. John spent his time relaxing on the lanai overlooking the lake where he enjoyed hours of bird watching, shooing geckos off his lounge chair, and voraciously reading fiction.

John was a faithful parishioner at St. Paul the Apostle in Mount Pleasant, WI and St. Bernadette in Port St. Lucie, FL.

He is survived by loving wife, Cynthia, and his two beloved daughters Alison, her husband James Gwiazda, granddaughter Kayla and Jennifer (Drone) and her husband Sean Mclaughlin.  John is preceded in death by his parents Harry and Lena (Koester) Drone, brothers Bob, Jim, Donald (Jake), Ben and sisters Agnes and Pauletta.

Visitation for John will be held on July 10, 2021 from 10:30 AM to 11:30 AM at the St. Kateri Catholic Church in Ridgway, IL.  His funeral mass will follow at 11:30 AM with Fr. Steven Beatty celebrating.  John will be laid to rest in the St. Joseph Catholic Cemetery near Ridgway where military rites will be accorded.

In lieu of flowers, donations may be made in memory of John E. Drone to St. Kateri Catholic Church’s HELP Program for families in need at P.O. Box 190 Ridgway, IL 62979 or to a charity of one’s choice.

To order memorial trees or send flowers to the family in memory of John Drone, please visit our flower store.