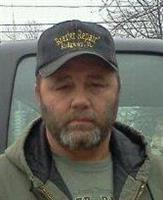 John had worked most recently at American Coal. He loved to fish, hunt and be outdoors. He always enjoyed talking about Semi trucks and being around his family. John was a member of the Ridgway Masonic Lodge and Ridgway Fire Dept. John always had a smile for your and loved to kid and joke around with you. He will be greatly missed.

John is survived by his wife, Susan O'Neal of Ridgway, a step son, Jeremy (Ashton) Musgraves of Stonefort, IL, a step daughter, Holly Musgraves of Carrier Mills, IL. 5 grandchildren, Abbigayle, Jaylei, Kase, Julia and J.R. One sister, Norma and Ron Dunk of Shawneetown, a brother, Ray O'Neal of Ridgway, sister in law, Marie O'Neal of Ridgway, and nephews, Michael, Christopher and Steven Dunk. He was preceded in death by his parents, 3 brothers, William, Carl and Jim Bob O'Neal, a sister, Peggy Harrelson and a nephew, Cameron Dunk.

Visitation for John will be on Tuesday, July 2, 2013 at the Cox & Son Funeral Home in Ridgway from 5:00 PM to 8:00 PM with Masonic rites at 7:00 PM. His funeral will be on Wednesday at the funeral home starting at 11:00 AM. Interment will follow in the Elmwood Cemetery in Equality.

In lieu of flowers donations can be made to help with expenses and envelopes will be available at the funeral home. You may leave a note of comfort to the family at www.coxandson.com


To order memorial trees or send flowers to the family in memory of John O'Neal, please visit our flower store.
Send a Sympathy Card