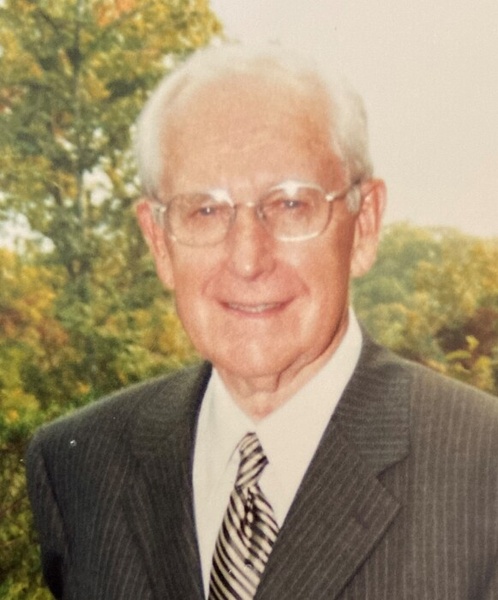 John M Tate, age 83 of Owensboro, KY (formerly of Mt Vernon, IN) went to his Heavenly home on August 25, 2021. John was born December 25th, 1937 in Galatia, Illinois to the late Gilbert and Ruby (Pemberton) Tate, also preceded in death by sister Betty (Tate) Hankins, in-laws James and Ruth Dixon and brother-in-law Darrel Dixon. His first wife Darla (Dixon) Tate died in 1998 after raising their four grown children. He is survived by his wife of 16 years Donna (Mills) Tate, son Mark Tate of Evansville, Kristina Miller (Brad) of Green Mountain Falls, Colorado, Jica MacLeod (Ken) of Fort Edward, New York and John D Tate (Lesley) of Santa Claus, IN. Also surviving are sister-in-law Linda Gossett (Don) and several grandchildren, great grandchildren, nieces and nephews that he truly loved and adored. John grew up in Galatia, Illinois and graduated from Galatia Consolidated High School in 1956 where he was known for being a talented basketball player. After working several jobs after high school, he joined the Air Force in 1958 and served full time for four years and the reserves for two years. He was mainly stationed at Andersen AFB in Guam and Andrews AFB in Maryland. While stationed in Guam he traveled to Hawaii, Japan and Taiwan on the Air Force Base basketball team. He married Darla Dixon at the end of his Air Force years and they lived in Washington DC for a year before moving to Cedar Rapids, Iowa where he took a job working as a Radio Operator for Collins Radio Company. While working at Collins Radio Company, he had multiple communications with Air Force One while JFK was in office. After having their first two children in Iowa (Mark and Kristina), the family moved closer to home to Mt. Vernon, Indiana where John lived until 2005 after Darla’s passing in 1998. John worked as an insurance agent when they moved back to Mt. Vernon, then worked as a laborer for Deig Brothers for over 20 years. John then spent another 15 years working for GE Plastics in Mt Vernon where he retired around 2001. John and Darla raised their four kids in Mt. Vernon and they attended First Baptist Church and Mt. Vernon General Baptist Church. John was a hard working man who always put his family first and loved Jesus. John never met a stranger and will be remembered for his smile and gentle spirit. In 2005, John met and married the second love of his life Donna (Mills) Tate after she had lost her first husband and they loved each other up to his last breath. John gained another family that loved him including Donna’s grown children, grandchildren and great grandchildren. Donna spent several years trying to convert John to a UK fan, his son John made sure this wouldn’t happen and gave them both a hard time often. John usually wore his IU hat when he visited Santa Claus, even though he was seen many times with a UK hat on in Owensboro! John attended Owensboro Christian Church with his wife Donna and would regularly be seen shooting around in the recreation center. He enjoyed attending his grandchildren’s school and sports events over the years. He was very proud of his children and grandchildren and let them know this often. Without a doubt “well done good and faithful servant” was spoken on August 25th . Visitation will be held at Cox Funeral Home in Ridgway, Illinois from 2:30-4:30pm on Saturday, August 28th with service beginning at 4:30pm. Burial to follow at Jackson Cemetery in Ridgway.

To order memorial trees or send flowers to the family in memory of John Tate, please visit our flower store.