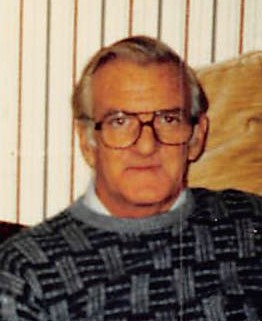 Kenneth G. McNeil, age 82, of Eldorado, IL and longtime Ridgway resident,  passed on this life, February 6, 2020 at his home surrounded by his family after an extended illness.  Kenny as most knew him was born on August 25, 1937  to the late Harry McNeil and Cleo (King)(McNeil) Duncan.  He grew up around the Herrin area.  On November 26, 1960 he married Libby (Emert) who preceded him in death in 2002.

Kenny served his country in the US Navy.  He was a member of the First Baptist Church in Elizabethtown.  He worked most of his life as Coal Miner retiring from Peabody Coal. He was a UMWA member.  Kenny loved his family and enjoyed being with them especially his grandchildren.  He was a good father, grandfather, brother and friend and will be missed.

Visitation for Kenny will be on Thursday, February 13, 2020 at the Cox & Son Funeral Home in Ridgway from 4:00 PM to 7:00 PM.  Graveside service will be on Friday, February 14, 2020 at the Hillcrest Cemetery in Carterville, IL at 10:00 AM. Rev. Aaron Phelps will officiate.  Those attending should meet at the cemetery.

Memorial contributions can be made to St. Judes in his memory.  You may leave a note of comfort to the family or obtain an memorial at www.coxandson.com

To order memorial trees or send flowers to the family in memory of Kenneth McNeil, please visit our flower store.