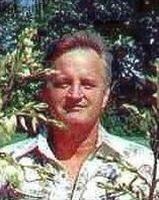 Larry Millikan, age 55, of Junction Illinois passed away peacefully Sunday, February 15, 2009 surrounded by his family. Larry was born on January 20, 1954 in Harrisburg, Illinois to Loren and Roberta (Thackston) Millikan. Larry served his country in the Armed Services, had 2 years of College and loved to do Gardening work especially flowers. His family said he could fix anything, starting when he was a young boy he was always working on something. He loved country music.

Larry was self employed running a Small Engine Repair shop. He was a Baptist by faith.

He is survived by, Father and Step Mother, Loren and Glenda Millikan of Junction, IL., 3 Daughters, Cherrie Holden of Springfield, IL, Bobby Jo Millikan and Janice Mayberry of Fairfield, Il., a Sister Linda Millikan of Elizabethtown, IL and 4 Grandchildren.

He was preceded in death by his Mother Roberta Millikan and a infant brother Larry Ray Millikan. Grandparents, Eck and Mattie Millikan, Blacke and Nellie Thackston

Services will be Tuesday, February 17, 2009 at 1:00 PM at the Cox and Son Funeral Home in Shawneetown, Il where the family will receive friends after 11:00 AM.

Rev. Bob Workman will officiate and the Interment will be in Westwood Cemetery in Shawneetown.


To order memorial trees or send flowers to the family in memory of Larry Millikan, please visit our flower store.