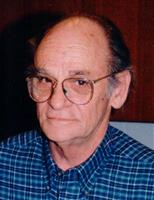 Larry Joseph Reber, age 77, of New Haven, IL died on May 24, 2016 after an extended illness in Deaconess Gateway Hospital, Newburgh, IN. Joe as most knew him was born in Kellog, Idaho on December 25, 1938 to the late George and Hazel (Landers) Reber. He served his country for over 15 years in the United States Army where he served 2 tours during Vietnam. Upon leaving the service, he worked in maintenance as Boilermaker Operator. Joe love to play games, work models and was a good carpenter. He enjoyed fishing and hunting. His real love besides his country was his wife of 16 years, Margaret (Wilson) Reber who survives. He was a member of the New Haven American Legion and will be missed by many around New Haven, as he was always willing to help people.

Joe is survived by his wife, Margaret of New Haven, a son Vernie Reber of Washington , a daughter, Peggy Reber and a sister, Marie Elings of Washington.

Per the request of Joe he will be cremated and a graveside service with military rites will be on Friday, June 3, 2016 at 1:00PM at the Asbury Cemetery, with Todd Holtzclaw officiating. Those attended should meet at the cemetery.

Cox & Son Funeral Home in New Haven is entrusted with the arrangements where you may leave a note of comfort at www.coxandson.com


To order memorial trees or send flowers to the family in memory of Larry Joseph Reber, please visit our flower store.
Send a Sympathy Card