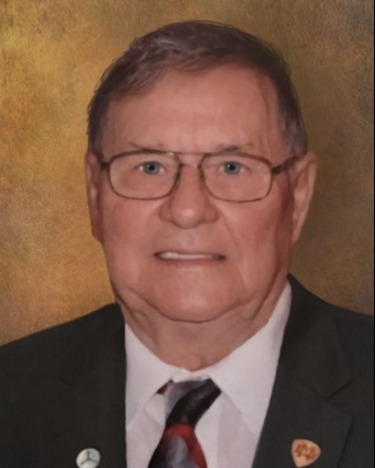 Leo Sylvester Will, of Evansville and formerly of Equality, Illinois, passed
away on Tuesday, January 17, 2023 at his home in Evansville. Leo was born
in Newburgh, IN on June 15, 1937, the son of the late Henry Sylvester and
Pauline Esther (Wilsbacher) Will.

Leo was a farmer in the Equality, Illinois area for 40 years until his
retirement in 1998. He married Mary Ellen Olinger on November 7, 1964.
Leo served his country in the National Guard in the 1960’s and was a lifelong
member of the Knights of Columbus Council #1581. He was recipient of the
Simon Bruté award in 2014 for exemplary stewardship as a member of Good
Shepherd Catholic Church in Evansville. Leo was an avid Notre Dame
Fighting Irish and St Louis Cardinal Baseball fan.

Entombment will be at St. Joseph Catholic Cemetery.
Memorial contributions may be made to Catholic Charities, 2111 Stringtown
Road, Evansville, IN 47711 or St. Jude Children’s Research Hospital,
Memorials Processing, 501 St. Jude Place, Memphis, TN 38105-9959.
Condolences may be made online at www.ziemerfuneralhome.com.

To order memorial trees or send flowers to the family in memory of Leo Will, please visit our flower store.