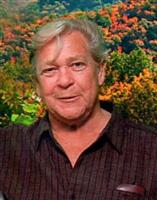 Leonard Ray Ozee, age 63 of Equality, died peacefully at his home on Saturday, April 2, 2011. Leonard was born in Shawneetown on April 16, 1947 to the late William and Martha Ozee. On October 17, 1964 he married Suzette (Bennett) Ozee who survives. Leonard served his country in the Army during Vietnam. He was best known throughout Southern Illinois for his wonderful cooking. He opened and ran Leonard's restaurant in Equality for 22 years until 2006. He then sold the building to the present owner which is now known as The Red Onion, where he was still the head cook. His passion for preparing food and enjoying the people he served always showed through with his smile and wit. He loved to be with his grandkids, and loved to fish. He was a member of the Equality American Legion. Leonard was a good husband, father, brother, grandfather and friend and will be missed by the community. Leonard is survived his wife, Suzette of Equality, 2 Daughters, Lori Hathaway of Fairfield and Christy (Adrian) Sinks of Eldorado, IL, 4 grandchildren, Tyler Abell, Mackenzie Sinks, Cameron Hathaway, and Bennett Sinks. 2 Brothers, Jim (Cleona) of Omaha, IL. And Charles (Carole) Ozee of Braceville, IL, 1 sister, Betty (Wayne) Lampert of Wichita Falls, Tx Visitation for Leonard will be on Monday, April 4, 2011 from 6:00 PM to 8:00 PM at the Cox & Son Funeral Home in Shawneetown. Funeral services will be on Tuesday, April 5, 2011 at 1:00 PM at the funeral home with Rev. Ron Johnson officiating. Interment will be private at a later date. Military rites will be conducted at the cemetery.

To order memorial trees or send flowers to the family in memory of Leonard Ray Ozee, please visit our flower store.
Send a Sympathy Card