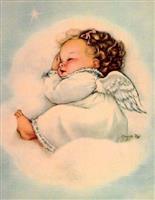 A private graveside service was held on August 17, 2015 in the Westwood Cemetery in Shawneetown.

To order memorial trees or send flowers to the family in memory of Margaret Darlene Lucille Ales, please visit our flower store.
Send a Sympathy Card