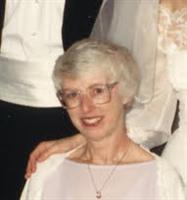 Marian Fayne Wilson, age 84 of Riviera Beach, Florida died on June 10, 2015 after an extended battle with breast cancer. Marian was born on June 17, 1930 in Gallatin County, IL to the late George & Mary (Kinsall) Wilson. Marian graduated from Ridgway High School and later attended business college in St. Louis to become a legal secretary. Throughout her life, she lived and worked in St. Louis, Chicago, Dallas, Michigan and Palm Beach County, Florida where she lived the past 28 years. She liked to travel and was known for her love of ballroom dancing. Marian is survived by a sister, Mescal Bair of Fort Smith, Arkansas, a niece Mary Clare Flanagan of Fort Smith, Arkansas and numerous cousins in Gallatin County, IL. Per her request she was cremated and a graveside service will be at the Asbury cemetery north of Ridgway on July 2, 2015 at 10:00 AM. Roger Lyons will officate.

Cox & Son Funeral Home is entrusted with the arrangements
Graveside service will be on Thursday, July 2, 2015 at the Asbury Cemetery North of Ridgway.

Service will begin at 10:00 AM and those attending should meet at cemetery.

To order memorial trees or send flowers to the family in memory of Marian Fayne Wilson, please visit our flower store.