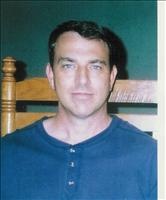 Mark A. Fromm, age 47 of Anna, Illinois but longtime resident of Ridgway, died suddenly on Thursday, April 30, 2009 in Memorial Hospital in Carbondale. Mark had a accidental fall while working. Mark was born in Eldorado Illinois on March 26, 1962 to Hubert and Sarah (Boulds) Fromm. He was a High School Graduate from Ridgway High School. He then pursued and obtained a Electronic Degree from Southeastern Illinois College. On December 15 1984 he married the love of his life, the former Cathy (Bond) Fromm who survives. Mark worked as a Technician for Verizon Telephone. He was a member of the IBEW Union. He was a great family man who lived his life for his wife, children and family and his faith. His enjoyment was being with the people he loved. He was a member of the St. Joseph Catholic Church in Ridgway. He was a good husband, father, son and brother, and will be greatly missed by the community.

In lieu of flowers the family ask donations be made to the church in Mark's memory.


To order memorial trees or send flowers to the family in memory of Mark A. Fromm, please visit our flower store.
Send a Sympathy Card