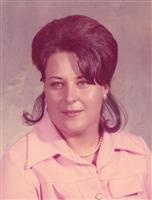 ]Mary was born in Harrisburg, Il on September 27, 1950 to the late Darrell and Doris (Downen) Durham. She was retired from the Nursing field. On November 7, 1970 she married Bobby Dye.

]Although no children of her own, she helped many young people. She is survived by her husband, Bobby Dye of Old Shawneetown, 2 sisters, Debbie Howerton of Harrisburg and Cathy Sumner of Harrisburg. Along with her special grandchildren, Kristen and Kevin Durham and special daughter Sandy Hubbard.

]Visitation will be Thursday, December 23, 2010 at the Cox & Son Funeral Home in Shawneetown after 11 AM with the funeral service to follow at 1:00PM at the funeral home. Rev. Bob Powell will officiate and interment will be in the Westwood Cemetery


To order memorial trees or send flowers to the family in memory of Mary M Dye, please visit our flower store.
Send a Sympathy Card