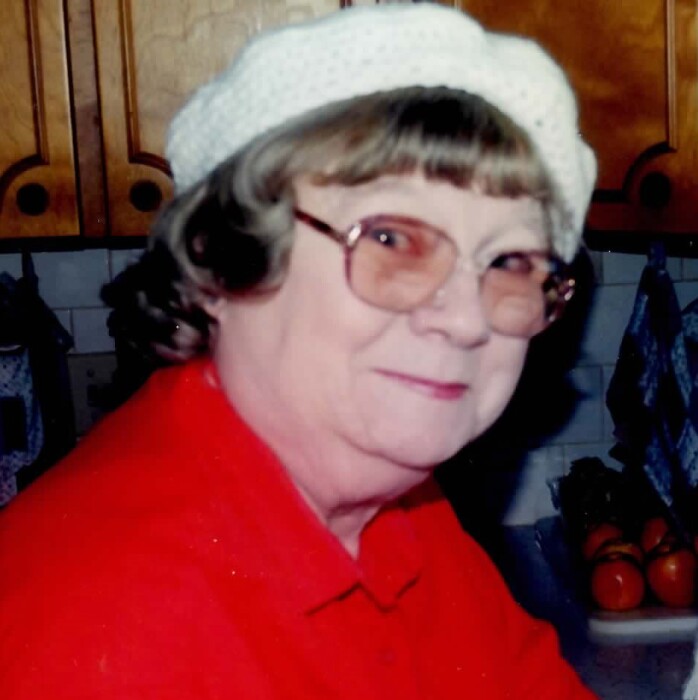 Maxine Broadway, age 99, of Arizona but formerly longtime Shawneetown resident, passed on this life, October 27, 2021 in Arizona.  Maxine was born on September 11, 1922 in Shawneetown, IL to the late Max and Gertrude (Sales) Moore.  On April 14, 1940 she married the love of her life, Everett Ross Broadway who preceded her in death.

Maxine worked most of life as a seamstress, working in a dress making factory for many years, also worked at RCA Electronics but her love for sewing and quilting continued on at her home.  Maxine was a faithful member of the Church of God, where she will be remembered for her kindness and love of meeting and helping others.  She was a member of the NARFE.  She was a wonderful mother, grandmother, sister and friend and will be missed by many.

Maxine is survived by her daughter, Nancy (Terry) Reynolds,  son in law, H. Edward Jones,  4 grandchildren and 10 great grandchildren.  She was preceded in death also, by a daughter, Ethel Gertrude Jones, a son, Charles Frederick Broadway and 2 grandchildren and 2 sisters, Glenn Phillips Frier and Nathalee Kohlenberg.

Graveside services will be on Thursday, November 4, 2021, starting at 11:00 AM  at the Westwood Cemetery near Shawneetown.   Rev. Randy Vaughn will officiate.  Those wanting to attend should meet at the cemetery.

Memorial contributions in her memory can be made to a charity of your choice.

To order memorial trees or send flowers to the family in memory of Maxine Broadway, please visit our flower store.