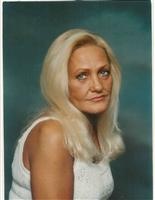 Melissa S. Heffington age 57 of Shawneetown died at her home Saturday. She was born on February 20, 1952 in Union County, Ky to the late Sam and Mary (Wolfe) Heffington. She was a homemaker. She was a member of the Mighty Harvest Church in Shawneetown. Melissa was a good mother, grandmother, sister, aunt and friend. She will be missed by her community.

The funeral for Melissa will be Tuesday, at 2 PM at the Cox and Son Funeral Home in Shawneetown. Visitation will be after 12 noon on Tuesday. Rev. Bob Powell will officiate and interment will be in the Hogan Cemetery south of Shawneetown.

To order memorial trees or send flowers to the family in memory of Melissa Sue Heffington, please visit our flower store.
Send a Sympathy Card