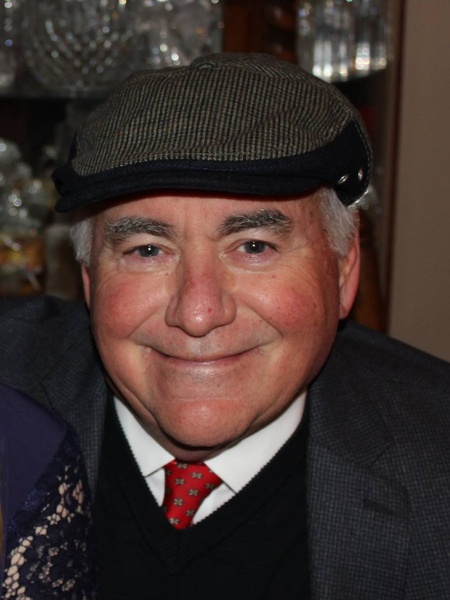 Mike grew up in Southern Illinois as a little boy.  He was Baptized and Confirmed in the St. Joseph Church in Ridgway.  His faith was always strong.  He was a member of the St. Mary Catholic Church in Eldorado, IL.  As he became a young man and started his career he had moved to Colorado, where he always had worked in Sales for Slush Puppy, a coffee company and most recently where he still worked, Rico’s.  He had traveled all over the United States and Canada with his work where he had met a host of fellow workers who became friends.

Mike loved, fast cars, motorcycles and especially the Rolling Stones.  He had traveled to many cities for their concerts.  He moved back to Eldorado in 2003 after the death of his mother so he could be around his cousins, he wanted to watch all the little ones grow up.  He was always having them come to his house, taking them places and making sure they were ok.   He loved to cook and have everyone come to his house for holiday dinners.  His love for the electronics, his quick and sometimes stern wit and his hat will always be remembered.

Mike is survived by many cousins and friends.

Visitation for Mike will be on Friday, July 1, 2022 at the Cox & Son Funeral Home in Ridgway from 9:00 AM to 10:30 AM.  His funeral mass will follow at 11:00 AM at the St. Kateri Catholic Church in Ridgway.  Fr. Christian Iwaugwu and Fr. Vincent Mukasa will be celebrating.  He will then be laid to rest in St. Patrick’s Cemetery near Ridgway with his parents.

Memorial contributions in Mike’s memory can be made to the St. Kateri Catholic Church or the St. Mary’s Catholic church in his memory to be used for Christmas Clothes and Toys for the underprivileged.  Envelopes will be available.

To order memorial trees or send flowers to the family in memory of Michael R. McGuire, please visit our flower store.