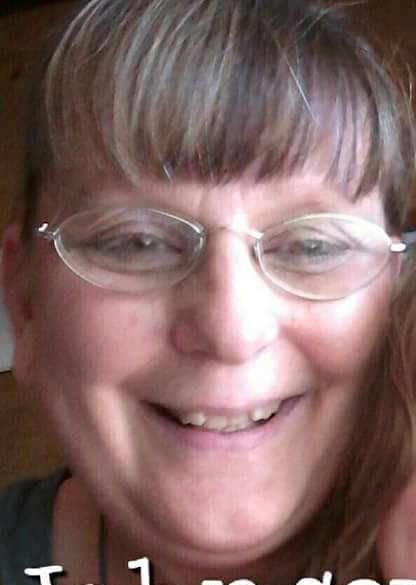 Michelle Ann Johnsey, 56 of Elizabethtown, IL formerly of Shawneetown, IL passed on this life, December 21, 2017 in the Hardin County Hospital, Rosiclare, IL.  She had put up a valiant fight with cancer.  Michelle was born in Eldorado, IL on August 25, 1961 to the late Charles and Donna (Caldwell) Stacy.  In November of 2012 she was married to Mike Johnsey who survives.

Michelle had worked at Coleman Tri County but her real love was her family especially her daughter and her grandson.  She loved to ride motorcycles with her husband and was woman of real faith.  She had attended the Shawneetown First Baptist Church in Shawneetown and later became a member of the Shawneetown United Methodist Church.  She will be remembered for her kindness and love of her family.

Visitation for Michelle will be on Saturday, December 23, 2017 at the Cox & Son Funeral Home in Shawneetown from 9:00 AM to 11:00 AM with her funeral service immediately following at 11:00AM.  Rev. Jack Hall will officiate and she will be laid to rest in Hogan Cemetery near Shawneetown next to her parents.

Memorial contributions can be made to Friends of Kids and envelopes will be available at the funeral home.

To order memorial trees or send flowers to the family in memory of Michelle Ann Johnsey, please visit our flower store.
Send a Sympathy Card