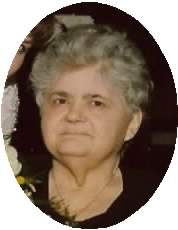 Mildred Lou (Kitchens) Damron age 71, of Gary, Indiana but formerly of Gallatin County passed away Sunday - August 26, 2007 in the St. Catherine Hospital in East Chicago, In. Mildred was born in Equality, IL on April 19, 1936 to the late William and Imogene (O'Neal) Kitchens. Mildred was married in Junction, IL on August 1, 1958 to the laste Jay Tipton Damron. He preceded her in death. Mildred was a homemaker, a loving mother, grandmother, sister and friend. She will be greatly missed by her family and friends

And her loving pet - Max


To order memorial trees or send flowers to the family in memory of Mildred Damron, please visit our flower store.