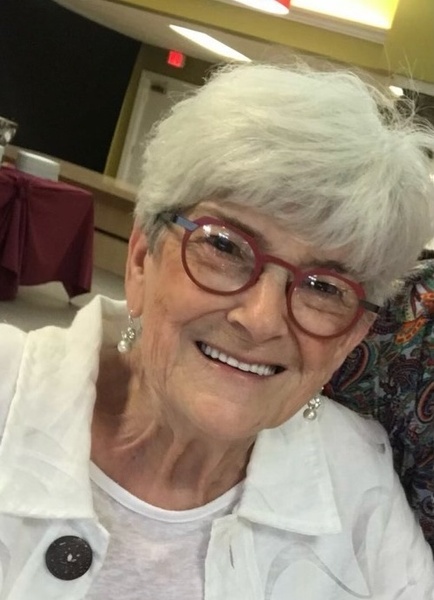 Nancy S. Larkin, age 79, longtime Shawneetown resident, passed on this life March 20, 2022 surrounded by her family.  Nancy was born in Saltville, Virginia on October 20, 1942 to the late Stewart and Ruby (Smitson) Henderson.  She was married to Jack Larkin who preceded her in death.

Nancy grew up in Virginia. She was a member of the Equality Methodist church.  Nancy was always a hard worker, always giving to others and putting her family first.  Nancy and her husband Jack ran the The Cabin Tavern in Shawneetown for many years. She had worked many years at Bunge Grain and for Jim Smith, Attorney at Law as a legal secretary.  She in later years worked at the County Courthouse and most recently the City Clerk of Shawneetown.  She will always be remembered of her beautiful smile, her kind words and her most giving and wonderful soul.  She was a beloved person to many but especially to her family.

Visitation for Nancy will be on Friday, March 25, 2022 from 2:00 to 4:00 PM at the Cox & Son Funeral Home in Shawneetown.  A funeral service will immediately follow with Rev. Thad Galloway officiating.   Her interment will be private.

Memorial contributions can be made to the Equality Methodist Church in her memory.  Envelopes will be available at the funeral home.

You may also leave the family a note of comfort or obtain other memorials at www.coxandson.com

To order memorial trees or send flowers to the family in memory of Nancy S. Larkin, please visit our flower store.