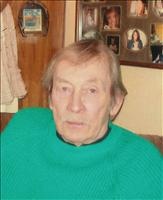 Norman was a owner/operator of an Upholstery business before retiring. He loved the outdoors, and was a good father, son, brother and grandfather. He will be greatly missed.

Cremation has been accorded per Mr. Bell's wishes and there will be no public service.

Cox and Son Funeral Home in Shawneetown, IL is entrusted with arrangements, the family may receive condolences at www.coxandson.com


To order memorial trees or send flowers to the family in memory of Norman A. Bell, please visit our flower store.