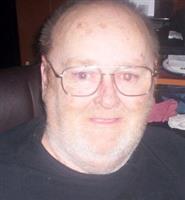 Norman Roy Owens, age 65 died at his home on Tuesday, October 22, 2013. Roy was born in Gary, IN on August 16, 1948 to the late Norman and Mary J. (Howell) Owens. He served his country in the US Army during Vietnam and was in the service for 8 years. He was a retired over the road truck driver. Roy was married to Mary (Martin) Owens.

He is survived by his wife, Mary of Ridgway, a son Dusty Owens of Shawneetown and 3 grandchildren Erin, Austin and Dylan. A step son, Ryan Hotuiz. 2 brothers, Kenneth and Mike Owens, and 2 sisters, Brenda and Gail Owens

Per his wishes, Roy will be cremated and his cremains will be inurned in Indiana with his parents. Cox & Son Funeral Home in Ridgway is entrusted with the arrangements. You may leave a note of comfort to the family at www.coxandson.com


To order memorial trees or send flowers to the family in memory of Norman Roy Owens, please visit our flower store.
Send a Sympathy Card