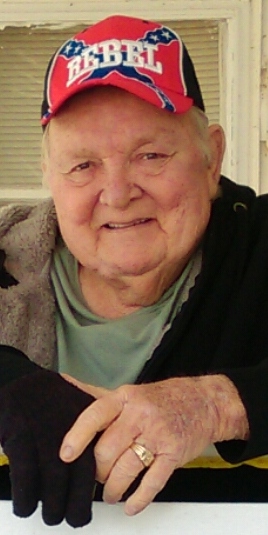 Paul David “Poncho” Zirkelbach, age 76 of Danville, IL but longtime resident of Ridgway and Shawneetown died peacefully, September 22, 2018,  in the OSF Hospital in Urbana, IL.  Paul was born in Ridgway on April 28, 1942 to the late Jack and Mary (Dietz) Zirkelbach.

Paul served his country in the U.S. Army.  Most of his life he was an Commercial semi truck driver, with about 3 million miles driven.  He was a member of the Ridgway American Legion and VFW, the St. Kateri Catholic Church in Ridgway.  He loved to be around his family and friends and had a great sense of humor and always had a smile for you.  He will be missed.

Paul is survived by his daughters, Paula (Randall) Wagner of Danville, IL and Pauline (Carl) Ingles of Hardin County,  KY ,  Sisters, Linda Fulkerson, Betty Zirkelbach and Suzie Tarlton and a brother Rick Zirkelbach. 3 grandchildren and 6 great grandchildren.  He was also preceded in death by his wife, Hazel and brothers, Jim, Marion, John, Fred, and Tony Zirklebach and a sister, Ruth Ann Tindle.

Visitation for Paul will be Wednesday, September 26, 2018 at the Cox & Son Funeral Home in Ridgway from 4:00 PM to 7:00 PM with a prayer service at 4:00 PM.  His funeral mass will be on Thursday, September 27, 2018 at the St. Kateri Catholic Church in Ridgway at 10:00 AM, Fr. Steven Beatty will celebrate mass  and he will be laid to rest in the St. Joseph Cemetery in Ridgway.  Military rites will be accorded by the Ridgway American Legion.

To order memorial trees or send flowers to the family in memory of Paul Zirkelbach, please visit our flower store.