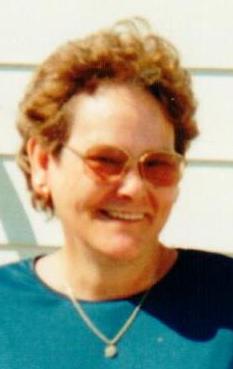 Phyllis Ann Robbins, age 72 of Shawneetown passed on this life, December 28, 2016, in Oakland City Indiana at the Good Samaritan Nursing Home after extended illness. Phyllis was born in Harlan, KY on March 24, 1944 to the late Everett and Sudie (Brock) Dozier.  She was married to Billy Ray Robbins who preceded her in death in 1987.  Phyllis loved to Crochet, Cook, the Family reunions, and was an avid Cardinal Baseball fan.  She loved her family and especially enjoyed her grandchildren.  Phyllis was a good mother, grandmother and friend and will be missed by many.

She is survived by her 3 sons, Kim(Penny) Robbins of Old Shawneetown, Billy (Julie) Robbins of Junction, IL and Marty (Brittney) Robbins of Francisco, IN.  She has 10 grandchildren and 3 great grandchildren.  Phyllis is also survived by 2 brothers, Jim(Herda) Dozier, Buddy (Margie) Dozier, 2 sisters, Margie (Tom) Findley and Sharon Robbins.  She is also survived by a sister in law, Joyce Dozier and a brother in law Charles Moore.  She is preceded in death by 2 brothers, Benny and Bill along with 3 sisters, Imogene, Bobbi and Maxine.

Visitation for Phyllis will be on Friday, December 30, 2016 at the Cox & Son Funeral Home in Shawneetown from 11:00 AM to 1:00 PM and her funeral will immediately follow at 1:00 PM.  Rev. Jack Hall will officiate and her burial will take place in the Westwood Cemetery.

To order memorial trees or send flowers to the family in memory of Phyllis Ann Robbins, please visit our flower store.
Send a Sympathy Card