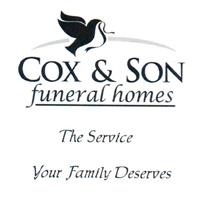 Ray F. Hines, age 96 longtime Equality resident died peacefully on June 5, 2014 in the Ridgway Nursing and Rehab Center. Ray was born in Gallatin County on October 18, 1917 to the late Frank and Madeline (Easton) Hines. He was married to Irene (Atkinson) Hines who preceded him in death. Ray was a engineer and had worked for many years before retiring at a Nuclear Power Plant in Newburg, IN. After retiring at 62, it was not long he went back to work as he could not set still. He worked as a engineer for the Saline Valley Water when it was put in at Equality. He could do almost anything, and worked as a carpenter with his son building houses and ran a dragline at local mines for many years. He will be greatly missed.

Ray is survived by a son, Kenneth ""Sonny"" and Naomi Hines of Equality, a daughter, Jackie of Cambria, IL and 2 grandson, Jason and Scott Hines. 4 Great Grandchildren and 3 Great Great Grandchildren. He was also preceded in death by a grandson, Brian Hines, 3 Brothers, Ed, Lawrence and Dale Hines, and 3 Sisters, Eula, Ethel and Maxine.

Per his request, he will be cremated and his ashes will be inurned at a later date next to his wife. Cox & Son Funeral Home in Ridgway is entrusted with the arrangements. You may leave a note of comfort to the family at www.coxandson.com


To order memorial trees or send flowers to the family in memory of Ray F Hines, please visit our flower store.