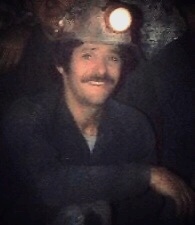 “And when the night is cloudy, there is still a light that shines on me, shine on 'til tomorrow,
let it be.”

Richard Edward Dunk, Jr. passed on from this life on May 15th , 2022 at Rock Castle Regional
Hospital, with his daughter by his side. Richard was born on November 18th 1947 in Orland
Park, IL to the late Richard Dunk, Sr. and Rose Dunk.

Richard served his country in the United States Army, as a medic in the Vietnam War. His
passion in his life was in his lifelong career of working as a coal miner, and then as a supervisor,
at Peabody coal mines. Richard loved working in the mines and often spoke fondly of his fellow
miners and the friendships they had fostered through working long shifts underground.
To know Richard was to know kindness, wit, and a sharp sense of humor that stayed with him
through his final days. His unique sense of humor and storytelling abilities were hallmarks of the
man he was. He was an incredibly welcoming soul, never hesitating to help someone in need. Of
the many passions in his life, music was at the foundation of who Richard was. He loved to sing
and listen to his favorite music groups, particularly those from the 1960’s. The Beatles had an
incredibly profound influence on Richard’s life. He would often recount the first time he heard
them on the radio, knowing with the first chord played by George Harrison’s guitar, that this
group would have an incredible impact on his life.

Richard was preceded in death by his father and mother, Richard and Rose Dunk, his beloved
sons, Tony Dunk and Glenn Dunk, and brothers Raymond Dunk, Robert Dunk, and Ralph Dunk.
He is survived by his son Shawn “Frank” Dunk of Dallas, TX and his daughter, Angela Dunk of
Shawneetown, IL, brother Ron (Norma) Dunk of Shawneetown, IL, sisters Marjory Steinhafel of
Sun City Center, FL, Valerie Nowak of Marion, IL, Vivian Williams of Mascoutah, IL, two
grandchildren, Ayli Dunk and Paris Dunk, and several nieces and nephews. Richard will be
missed by his beloved Cocker Spaniel, Charlie, as well as his best friend, David Fitzpatrick.
Richard’s daughter would like to thank the wonderful staff at Rock Castle Regional Hospital and
Respiratory Care Center for providing excellent care and compassion to him.

Visitation will be Sunday May 22, 2022 from 12pm-2pm at Cox and Son Funeral Home in
Shawneetown, IL. Graveside service with military honors will immediately follow, at 2:30pm at
Lindale Cemetery in Eldorado, IL. In lieu of flowers, donations can be made to the Richard
Edward Dunk, Jr. Memorial Scholarship through the Southeastern Illinois College Foundation.

To order memorial trees or send flowers to the family in memory of Richard E. Dunk, please visit our flower store.