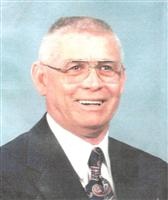 Richard J. ""Joe"" Fromm, age 68 of Ridgway, died peacefully on Thursday, March 03, 2011 in the Ridgway Rehab Center surrounded by his family. Joe as most knew him was born on the family farm North East of Ridgway on December 18, 1942 to the late Ed and Stella (Raben) Fromm. Joe was a member of the St. Joseph Church in Ridgway and a 3rd Degree member of the Ridgway Knights of Columbus. He worked and retired from Trelleborg Industries in Carmi after 25 years of employment. He also had farmed and after retirement, help deliver meals to the elderly and shut in's for Golden Circle and delivered medicine for the Medicine Shoppe. Joe and his brothers are also remembered for their famous Fromm Bros BBQ. Joe was a big sports fan, but was truly a Gallatin County Hawk basketball fan. He was always willing to help others and will be greatly missed by the community. Joe is survived by 3 Daughters, Barb (Alan) Pearce of Norris City, Karen (Charlie) Boulds of Eldorado and Mary Ann (Dennis) Hughes of Metropolis and 1 son, Randy Fromm of Eldorado. 2 Brothers, David (Margie) Fromm of Ridgway and Carl (Sally) Fromm of Columbia, MO and his loving companion Jane Brazier of Ridgway. He is also survived by 13 grandchildren Joe was preceded in death by his parents and 2 brothers, Jerry and Ronnie Fromm. Visitation for Joe will be on Sunday, March 6, 2011 from 5:00 to 8:00 PM at the Cox and Son Funeral Home in Ridgway where a Prayer service will be held at 7:00 PM. Funeral mass for Joe will be on Monday, March 7, 2011 at 10:00 AM at the St. Joseph Church in Ridgway with Fr. Steven Beatty as celebrant. Interment will follow in the St. Joseph Cemetery. In lieu of flowers the family asks that donations be made to the St. Joseph Ball Field in his memory.

To order memorial trees or send flowers to the family in memory of Richard J. ""Joe"" Fromm, please visit our flower store.