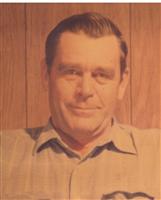 Robert Fred Davis, age 75, lifelong resident of the Ridgway area died Thursday, November 03, 2011 at his home after an extended illness. Fred as most knew him was born on the family farm East of Ridgway on December 10, 1935 to the late Jim and Freda (Ingelton) Davis. Fred served his country in the Marines from which he was very proud. In 1955 he married Beverly (McCoy) Davis and she preceded him in death in 2007. Fred was a farmer by nature and loved to be outside. He had also worked as a Boilermaker retiring from B & W in Mt. Vernon, IN. He enjoyed hunting, fishing and riding 4 wheelers with his grandchildren. He was a life member of the Ridgway American Legion and VFW where he proudly served on the Honor Guard at funerals for many years. Fred was a good husband, father, grandfather and friend and will be greatly missed. Fred is survived by 3 daughters, Maria and Rodney Howard of Shawneetown, Carol and Bob Howard of Shawneetown and JoAnne and Jim Ozee of Henderson, Kentucky. He is also survived by 5 Grandchildren, Kim Howard, Josh Howard, Matt Ozee, Heather Ozee and Jennifer Wood. Fred was preceded in death by his parents, wife and a brother Frank Davis. Visitation for Fred will be on Friday, November 4, 2011 from 5 to 8 PM at the Cox & Son Funeral Home in Ridgway. The funeral will be on Saturday, November 5, 2011 at 11:00 AM at the funeral home with Rev. Ron Johnson officiating and interment will follow at the Jackson Cemetery in Ridgway. Military rites will be conducted at the cemetery by the Ridgway American Legion/VFW. In lieu of flowers the family ask donations be made to Disabled Veterans. You may leave a note of comfort to the family at www.coxandson.com

To order memorial trees or send flowers to the family in memory of Robert Fred Davis, please visit our flower store.
Send a Sympathy Card