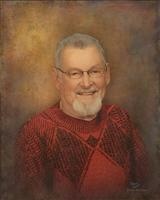 Robert Raphael Rider age 72 of Ridgway died on Monday, October 19, 2009 at his home surrounded by his family after an extended illness. Bob as most knew him was born East of Ridgway in the Ponds Settlement community on September 5, 1937 to the late Ray and Irma (Doherty) Rider.

Bob served his country in the Berlin Crisis in the Army for 3 years. He retired from farming years ago, but continued to work and was Mayor of Ridgway for 24 years. He was always active in the community and his church. He was a 4th Degree Knight of Columbus where he had held many titles including, Past Grand Knight and Past Faithful Navigator. He was a member of the American Legion and VFW in Ridgway. He was a faithful member of the St. Joseph Church in Ridgway. He was a good father, brother, uncle, and friend. Bob will be missed by the Gallatin County Community.

Bob's survivors are: Sons - Todd (Stephanie) Rider of Ridgway, Damion (Tiffany) Rider of Ridgway, Tony Robinson of Florida, Danny Robinson of Idaho, David Hicks of California, and Craig Buentgen of California. Daughters - Stephanie Hanner of Fischers, IN and Jennifer Humphrey of Springfield, IL Sisters - Judith (Bob) McGuire of Ridgway, and Norma (Robert) Volkert of Carlinville, IL 6 Grandchildren and 2 Great Grandchildren. Besides his parents Bob was preceded in death by a son Jon Rider and a granddaughter Erin Beuntgen.

Visitation for Bob will be Thursday, October 22, 2009 from 4 to 8 PM at the Cox and Son Funeral Home in Ridgway where a prayer service will start at 7 PM followed by the Knights of Columbus Chalice service. Funeral Mass will be on Friday, October 23, 2009, starting at 10:00 AM at the St. Patricks Church in Ponds Settlement with Fr. Phillip DeVous celebrating the mass. The interment will be in the church cemetery. Military rites will be conducted by the Ridgway American Legion and VFW at the gravesite.

In lieu of flowers Bob asked that donations be made to the St. Patrick Cemetery or the St. Judes Children Hospital.

To order memorial trees or send flowers to the family in memory of Robert Raphael Rider, please visit our flower store.
Send a Sympathy Card