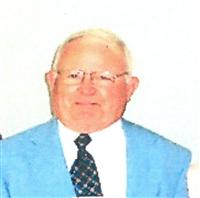 Robert A. ""Bob"" Wargel age 86 of Evansville, IN died Monday, October 22, 2012 in St. Mary's Hospital in Evansville. Bob as most knew him was born near Equality, IL on February 21, 1924 to the late Andy and Nell (Miner) Wargel. On August 29, 1944 he married Delores (Naas) Wargel. Bob was a retired carpenter after working many years for the Dieg Bros. construction. He served his country in World War II in the Navy. Bob was a member of the St. Benedicts Catholic Church, the Ridgway American legion. He loved to be outside, gardening, and especially fishing. Bob was a good husband, father, grandfather, brother and friend and will be greatly missed.

Bob is survived by his wife, Delores of Evansville, a son, Eddie (Ginny) Wargel of Wyoming, Michigan, a brother, Cletus Wargel of Equality, and a sister, Lucille (Wood) Locke of North Carolina. He is also survived by 4 grandchildren, Shawn Wargel, Michelle Contreras, Russell (Shanda) Bauman and Nicolle Nemcek and 4 great grandchildren. He was preceded in death by a son, Donald Wargel, 3 Brothers, John, Gilbert and Bill Wargel and a sister Maxine.

Funeral service for Bob will be on Saturday, October 27, 2012 at 1:00 PM at the Cox & Son Funeral Home in Ridgway where the family will receive friends after 11:00 AM at the funeral home. Fr. Steven Beatty will officiate and a private interment will follow at St. Joseph Cemetery in Ridgway.

In lieu of flowers the family ask donations be made to the American Heart Association in his memory.


To order memorial trees or send flowers to the family in memory of Robert A. (Bob) Wargel, please visit our flower store.