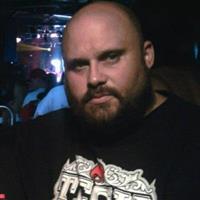 Ronnie L. Ferguson, age 45 of Ridgway was taken from his family suddenly on Wednesday, February 11, 2015 as result of a automobile accident. Ronnie was born in Alton, IL on May 11, 1969 to the late Bob Kite and Deanna Ferguson. He had worked in mental health field most of his life as a Counselor. He was married to the love his life Jamie Schwab Ferguson on July 9, 2013. He loved to play pool and was very good at it playing in many tournaments all over the country. He really loved his family and children and will be so missed.

Per his wishes he will be cremated and a memorial service will be held at a later date at the Equality American Legion.

Cox & Son Funeral Home in Ridgway is entrusted with the arrangements.

To order memorial trees or send flowers to the family in memory of Ronnie L Ferguson, please visit our flower store.