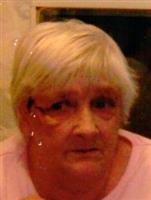 Rosetta Lovell, age 73 of Shawneetown, IL died on Feb. 15, 2015 in Ferrell Hospital, Eldorado, IL. Rosetta was born on September 23, 1941 in Elizabethtown, IL to the late Hubert and Gladys (Hooven) Browning. Rosetta before retiring worked in housekeeping in nursing homes. She loved to read and be around her family. Rosetta was a good mother, grandmother, sister and friend and will be missed.

She is survived by 2 daughters, Pamela Morrow of Shawneetown and Sharon Diaz of Kankakee, IL. 2 brothers, Paul (Lynn) Browning of Wilmington, IL, and Tom (Nikki) Browning of Bradley, IL. 2 sisters, Mattie McConnell of Arkansas and Geneva (Dan) Smith of Kankakee, IL. 9 Grandchildren and 17 Great Grandchildren. She was preceded in death also by 5 brothers, Hubert, Ray, J.W., James and Harvey and 2 sisters, Nomia and Mary.

Per Rosetta's wishes she will be cremated and her remains will be interred at the Mt. Zion Cemetery near Cave In Rock at a later date.

Cox & Son Funeral Home in Shawneetown is entrusted with the arrangements. You may leave a note of comfort to the family at www.coxandson.com


To order memorial trees or send flowers to the family in memory of Rosetta Lovell, please visit our flower store.