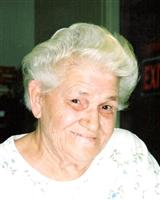 Ruby L. Pritchard, age 79 of Equality, IL, but longtime resident of Shawneetown, died Sunday, February 27, 2011 in the Heartland Regional Medical Center in Marion. Ruby was born in Kentucky on July 17, 1931 to the late Galen and Novie Bryan. She was preceded in death by her husband, Norman Pritchard in 1991. Ruby was a homemaker and loved to be around her family and friends. She will be greatly missed. Ruby is survived by, 7 Daughters, Ann(Phillip) Brazier of Shawneetown, Mona (Eddie) Moore of Junction, Wanda (Larry) Rexing of Equality, Mertie (Kirk) Philips of Shelbyville, KY, Marilyn (John) Hopson of Equality, Lillian Lewis of Equality, and Brenda (Neil) Roberts of Pleasanton, CA, 1 son Raymond Martin of Junction and 1 daughter in law, Janet Martin of Junction. 3 Brothers, Kenneth, Brian and Billy Putty all of Kentucky, along with 22 Grandchildren, and 14 Great Grandchildren. She was preceded in death by a son Jim ""Shorty"" Martin, a brother, Bobby Putty, 3 Sisters, Sybil, Virginia and Brooksie and 2 grandchildren. Visitation for Ruby will be on Tuesday, March 1, 2011 from 4:00 to 8:00 PM at the Cox & Son Funeral Home in Shawneetown. Funeral service for Ruby will be on Wednesday, March 2, 2011 at 1:00 PM at Cox & Son Funeral Home in Shawneetown. Interment will follow at Hogan Cemetery and Rev. Michael Rushing will officiate. In lieu of flowers you may make a donation to the American Lung Assoc. in her memory.

To order memorial trees or send flowers to the family in memory of Ruby L Pritchard, please visit our flower store.
Send a Sympathy Card