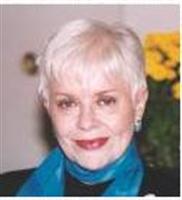 ]Shirley Jones was born on December 19, 1931 to Lorene (Babe) and Leslie (Jack) Jones. She grew up in Ridgway, Illinois, and attended the University of Illinois on a full scholarship in Music, majoring in singing. At 14, she began singing jazz professionally on weekends throughout southern Illinois with the Jack Jones Band in which her father played the alto saxophone. ""Some of my happiest memories are of jam sessions on weekends at our home,"" she wrote in her autobiography. ""As I heard There'll Be Some Changes Made, Hold That Tiger, and Bill Bailey, Won't You Please Come Home, I had a feeling of the world as good. . . . It was hearing opposites as one in music, I was to learn from Aesthetic Realism, that made me think reality had good sense.] During the 1950s and 60s, she worked as a jazz singer in St. Louis, Chicago, Milwaukee, Miami Beach, Santa Monica and San Francisco. She went on the road with the Walt Loftiss Big Band in the 50s, and in the years that followed sang with Red Norvo, Stan Kenton, the pianist, Arnold Ross and the guitarist, Joe Pass. Ms. Jones also had a life-long care for film, and worked as a film editor. ] In 1973, at the age of 41, Shirley Jones began to study Aesthetic Realism, the education founded by American poet and philosopher, Eli Siegel, based on the principle that the deepest desire of every person is to like the world honestly by seeing that the structure of reality is aesthetic, or beautiful. ""All beauty,"" Eli Siegel stated, ""is a making one of opposites, and the making one of opposites is what we are going after in ourselves."" In her autobiography, Ms. Jones describes how her life changed studying these principles. In 1974 she began attending classes with Eli Siegel to teach this education, and in 1976 she joined the faculty of the not-for-profit Aesthetic Realism Foundation in New York City, where she taught both in private consultations to individuals and in public seminars, where she discussed the lives and music of Billie Holiday, Bessie Smith, Edith Piaf and others. Her articles on jazz have been published in various newspapers. She is survived by three children: Jamie Shumake, Lore Mariano, and Tony Castellano. She was preceded in death by her parents and 1 son, Bert Elbel. Graveside services for Shirley will be on Tuesday, June 21, 2011 starting at 12 Noon, at the Crawford Campground Cemetery in Ridgway with Rev. Rob Gallion officiating.

To order memorial trees or send flowers to the family in memory of Shirley Jones, please visit our flower store.
Send a Sympathy Card