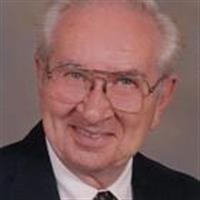 PEORIA - Stephen T. Lawler, 86, of Peoria passed away at 4 p.m. Tuesday, Oct. 13, 2015, at Lutheran Hillside Village. Stephen was born on May 7, 1929, in Ridgway, Ill., to the late Thomas Richard and Mary Ann (Berrigan) Lawler. He married JoAnn Irvin on Nov. 26, 1948, in Peoria. She preceded him in death on Dec. 23, 2012, after 64 years of marriage. He was also preceded in death by two brothers, John and Martin; and one sister, Anna Mary. He is survived by his children, Carla Jo (Dean) Omernick of Burnsville, Minn., Victoria Lynn (John) Hoelscher and Stephen Curtis (Jennifer) Lawler, both of Peoria, and Thomas Richard (Lore) Lawler of Munster, Ind.; his grandchildren, Jason (Amy) Kelvie of Lakeville, Minn., Christopher Kelvie of Burnsville, Minn., Adam Hoelscher of Seattle, Wash., Shawn Hoelscher of Aurora, Ill., Eric Lawler of Peoria, Lauren (Patrick) McCoole of St. Louis, Mo., Alyssa Lawler of Peoria, Breanne Lawler of Valley Park, Mo., Jeff Lawler of West Lafayette, Ind.; his great-grandchildren, Mitchell, Brandon, and Sycora Kelvie, and Nora McCoole; and one brother, Richard Joseph (Martha) Lawler of Lebanon, Ill. Stephen was a World War II and Korean War veteran, serving in the US Navy and attaining the rank of Yeoman First Class. He was an insurance agent for 42 years, owning his own agency where he retired in 1991. He was a member of Holy Family Catholic Church and was a member and past president of the Knights of Columbus. He was a ""jack of all trades"" and made himself available to everyone. Steve's favorite thing to do was visit JoAnn at Resurrection. Anyone who visited Steve asking him what he would like to do today would receive the reply, ""Let's go visit Mom"". Cremation rites have been accorded and a memorial service will be held in Ridgway, Ill., at a later date. Entombment of ashes will be in Resurrection Mausoleum. Wright & Salmon Mortuary is handling the arrangements. The family would like to thank Bernie Giacabzai, who visited and delivered communion every Tuesday. These visits were affectionately known as, ""Tuesdays with Bernie"" and were a highlight in Steve's life; Julie Weide for the tireless years of care, joy and compassion; ""Brother Joe"" for his guidance and friendship, always answering the phone, ""How can I help;"" Father Paul Langevin, of Holy Family, for his friendship and spiritual guidance; and finally, all his friends and the staff of Lutheran Hillside Village for the compassionate care and friendship. Memorials may be made to Holy Family Catholic Church.

To order memorial trees or send flowers to the family in memory of Stephen T. Lawler, please visit our flower store.