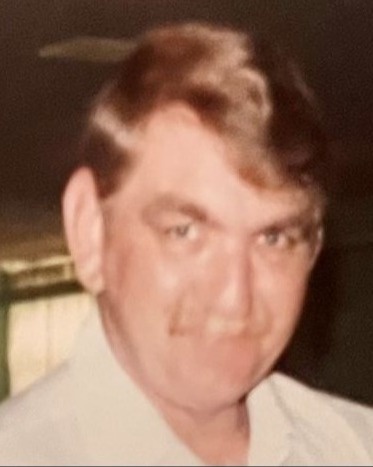 Drops of rain fall from the sky and then make their life's journey down the streams and rivers of this world, finally finishing once they meet the sea. Steven R. Brugger, like all those drops of rain in the rivers he adored, concluded his life's journey on September 17th, 2022.

Steve was a lifelong resident of Gallatin County, growing up on Cooper Pond, and then spending the rest in Ridgway with his friends and family. He was well known among those in his community, a common fixture every morning at Skaggs' drug store or Ridgway EZ Stop, coffee cup in one hand and tall tales of fishing in the other.

He honed his trade as an expert mechanic over many years in southern Illinois, at both Fillingim’s garage and Ron Ward Chevrolet as a younger man, then finally for decades on his own at “Brugger Marine”. His skills with an outboard motor were almost legendry, his name circling among the boating communities of Illinois, Indiana and Kentucky and his yard filled with their craft waiting to be repaired. Eventually he found his main occupation being a correctional officer for the state of Illinois, but socket sets, screwdrivers and wrenches were in his hand every morning before leaving for his main job.

Time spent wrenching on and messing about small boats, was his main pleasure in life. Whenever possible, he found himself on the sandbar near Old Shawneetown with his friends or just below the Uniontown dam, casting for that glorious flathead catfish he so desired. The Ohio river and its waters were as much of a part of him as the very blood that coursed through his veins.

Steve's was a kind and generous soul, that was always ready to greet you with a smile or a helping hand, whether it be volunteering for the fire department or getting your tractor or truck motor running. His garage door, there just off main street, was a place friends and family often gathered informally, Steve helping or entertaining them as best he could.  He was one of those colorful characters that make small town life so charming.

Many hats were worn and many roles were taken on by Steve in his life, but none were so important to him as those of husband, father and friend. He is survived by his wife Annette (Clevenger), his three sons, Stephen (Ileshea) Brugger, Raymond Brugger and Jason (Debbie) Davis. Steve is preceded by one son, Todd Brugger. Steve also has many grandchildren, Jonathan (Cassie) Brugger, Jacob (Hannah) Brugger, Jeremy Brugger, Jacie Brugger, Khloe Davis, Allie Streeter, and Kindrie Streeter,  and great grandchildren Cambria and Bentley and Daxton. He is also survived by  sister in-law Suzanne Brugger and nieces and nephews.

A memorial service will be held on Sunday, September 25th from 2PM to 4 PM at Cox and Sons Funeral Home Ridgway Chapel. All are welcome to come and join, sharing stories and memories of Steve and celebrating in his life.

In lieu of flowers, please make donations to the Ridgway Fire Department in Steve’s honor.

To order memorial trees or send flowers to the family in memory of Steven Brugger, please visit our flower store.