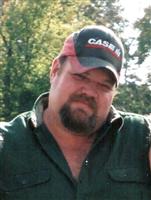 Steve Wright, age 44, of Ridgway, but formerly of Carmi, died suddenly on Monday, October 24, 2011 in Ferrell Hospital. Steve was born in Carmi, on September 15, 1967 to Shirley Hutchinson and Carl (Linda) Wright. Steve graduated from Carmi High School and worked in the oil fields for Robinson Engineering. Steve loved the outdoors especially hunting and fishing. He had a great sense of humor and could host amazing cookouts. He was a good father, son, brother, grandfather and friend. He will be missed by so many for he was greatly loved. Steve is survived by 2 children, Josh Wright (Shay Steele) of Carmi and Melissa ""Missy"" (Dennis) Robinson of Carmi. His mother, Shirley Hutchinson of Carmi and his father, Carl (Linda) Wright of Norris City, Il. Steve loved being a grandfather of 3 grandsons, Mason Wright and Noah & Tyler Robinson. Steve was the youngest of four siblings, having 3 sisters, Karen (Jerry) Cathey of Cottonwood, Il, Sharon Goodman of Vincennes, IN and Linda Wright of Evansville, IN. Steve was loved by his many nieces and nephews: Ashley (Joseph) Moye and their son Eli, Jeremy (Sarah) Cathey and their children, Ben and Kara Cathey, Chelsea, Madison and Maranda Goodman, he is also survived by a grandmother, Eula Mae Minehart. Visitation for Steve will be on Wednesday, October 26, 2011 at the Cox & Son Funeral Home in Ridgway from 5:00 PM to 8:00 PM. Funeral services for Steve will be on Thursday, October 27, 2011 at 3:00 PM at the Cox & Son Funeral Home in Ridgway with Rev. David Stone officiating. Interment will follow in the Marshal Ferry Cemetery near Dogtown. You may leave a note of comfort to the family at www.coxandson.com

To order memorial trees or send flowers to the family in memory of Steven D. Wright, please visit our flower store.
Send a Sympathy Card