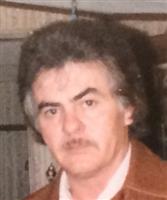 Theodore Neal Bryson, age73 longtime resident of Shawneetown, died peacefully on April 17, 2014 at his home surrounded by his family. Neal as most knew him was born in the Eagle Creek Community in Gallatin County on April 21, 1940 to the late Neal and Frances (Parker) Bryson. He served his country in the Army from 1958 to 1960. On March 31, 1962 he married Shirley (Joiner ) Bryson.

Neal worked and retired from being a Heavy Equipment Operator in the Coal Mines. He was a member of the UMWA and the Operating Engineers. Neal loved to tinker with things and could build or fix almost anything. He loved the outdoors and liked to hunt but his passion in later years was golfing and he spent a lot of time at the Edgewood golf course in Sturgis KY where he was a member with his buddies. Neal was a good husband, father, grandfather, brother and friend and will be greatly missed by the community.

Neal is survived by his wife of 52 years Shirley of Shawneetown, a daughter, Kimberly Bryson of Shawneetown, a son Neal William Bryson of Racine, WI, 4 grandchildren, Amber, Jada, Amy and Jacob Bryson and 2 great grandchildren, Blake and Damon McCormick. He is also survived by 2 brothers, Emile (Lynn) Bryson of Jacksonville, IL and James (Geneva) Bryson of Tamarac, FL, 3 sisters, Dorothy Hewitt of Harrisburg, IL, Berneda Young of Wittman, AZ and Velda (David) Pearce of Carmi, IL. He was preceded in death also by sisters, Margaret Baldwin, Rita Carmen and Rae Wolfal and a brother Tommy Bryson.

Visitation for Neal will be on Monday, April 21, 2014 from 12 Noon until 2:00 PM at the Cox & Son Funeral Home in Shawneetown. His funeral will also be on Monday immediately following the visitation starting at 2:00 PM. Rev. Ron Johnson will officiate and interment will follow in the Westwood Cemetery in Shawneetown with military rites by the Ridgway American Legion/VFW and Honors Military team from Marion.


To order memorial trees or send flowers to the family in memory of Theodore Neal Bryson, please visit our flower store.