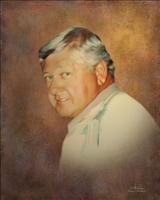 Thomas J. Deitz, age 68 of Harrisburg but former resident of Shawneetown died Wednesday, May 13, 2009 at the Heartland Regional Medical Center in Marion, IL. Tommy Joe as most knew him was born in Old Shawneetown to the late Hank and Opal (Maynard) Deitz on October 6, 1940. Tommy Joe served his country in the Air Force and was a Truck Driver for many years. He was a member of the American Legion and Moose Lodge. He was a colorful person always smiling and having fun. He loved to be on the River at Shawneetown driving his boat and skiing. He will be greatly missed by his family and friends.

Cremation will be accorded to Tommy Joe's request with a Memorial Service at 2 PM on Saturday, May 16, 2009 at the Cox and Son Funeral Home in Shawneetown with the family receiving friends after 12 Noon until funeral time. Rev. Bob Phillips will officiate.

If you can't attend you may send condolences to the family at www.coxandson.com


To order memorial trees or send flowers to the family in memory of Thomas J. Deitz, please visit our flower store.