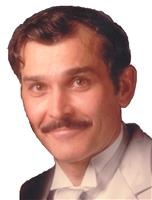 Timothy B. Barker, age 69 of Shawneetown died on Sunday, April 20, 2014 in the Deaconess Gateway Hospital in Newburgh, IN. Tim was born in Shawneetown on December 7, 1944 to Cecil Auple Barker and Alice Jewell (Oliver) Barker West. Tim served his country in the United States Navy which he was very proud. He had retired from the Illinois Department of Transportation Highway Dept. He loved to fish and be outside but mostly loved his Ford Trucks and keeping them clean and shiny. He was a very social person loving to be around his friends and family. He was a good father, grandfather, son, brother and friend and will be missed.

Tim is survived by his mother, Alice Jewell Barker West of Shawneetown, a son Timothy Barker Jr., of Pensacola, FL, 2 daughters, Kimberly (Joe) Morano of Lyons, IL, and Tee Barker of Romeoville, IL, 6 grandchlidren Brandon, Alicia, Tim, Austin, Maria and Nick. 5 Great Grandchildren. 2 brothers, Gary Barker SR. of Shawneetown and Rodney (Annis) Barker of Shawneetown, and a sister Helen Powell of Shawneetown. He was preceded in death by his father, a brother, Mike and a grandson, Dustin.

Visitation for Tim will be on Tuesday, April 22, 2014 from 12 Noon until 2:00 PM at the Cox & Son Funeral Home in Shawneetown. His funeral will immediately follow starting at 2:00 PM at the funeral home on Tuesday. His interment will follow at Westwood Cemetery in Shawneetown with military rites provided by the Ridgway American Legion/VFW and military honors team from Marion.

In lieu of flowers the family ask that donations be made to the Shawneetown American Legion in his memory.


To order memorial trees or send flowers to the family in memory of Timothy B. Barker, please visit our flower store.