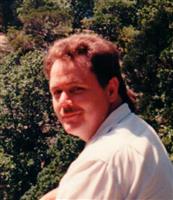 Timothy S. Riggs, age 55 of Old Shawneetown was found dead at his home on August 11, 2015. Timothy was born in Morganfield KY on January 25, 1960 to the late Euen Riggs and Edith (Boyd ) Riggs. He was married to the former Linda (Smith) Riggs. Tim was a Coal Miner most of his life. Timmy loved to spend time sitting at the river. He also loved to hunt for old bottles in the woods or wherever and he enjoyed listening to music and 4 wheel riding . He also enjoyed spending time with his friends and family.

Per his request, he was cremated, a memorial service will be on Saturday, August 22, 2015 at the Cox & Son Funeral Home in Shawneetown, at 1:00 PM the family will receive friends after 12 Noon at the funeral home. He will be inurned privately by the family. Rev. Gary Ashby will officiate.

To order memorial trees or send flowers to the family in memory of Timothy S. Riggs, please visit our flower store.