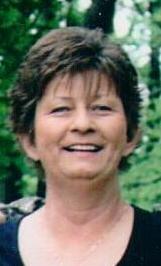 Toni G. Glover, 62 of Equality, IL died peacefully at the home of her daughter in Carrier Mills after an extended illness.  Toni was born on December 4, 1954 in Eldorado, IL to the late Dale and Anna Mae (Doerr) Golden.  She was married to Terry Glover in 1996.  Toni was a nurse and had worked for more than 30 years mostly in home health now being employed at Egyptian Health.  She loved to be outside, Fishing, Hunting, Gardening, hunting mushrooms and raising flowers.   She dedicated her life to helping others and was a good mother, wife, grandmother and sister, she will be missed by many.

Toni is survived by 2 daughters, Angela Stanelle-Randall (Brian Price) of Carrier Mills, Teresa (Kenny) Back of Sturgis, Ky, Step Son, Doug (Rinda) Glover of Shawneetown and Step Daughter, Angie (Jamie) Korenski of Cadiz, Ky. 11 Grandchildren and 1 Great Grandchild.  She is also survived by 2 sisters, Marie Hise of Shawneetown, and Rose Golden of Harrisburg, IL and a brother Kevin Golden of Shawneetown.  She was preceded in death by a sister, Stephanie Golden.

Visitation for Toni will be on Sunday, January 29, 2017 from 4:00 PM to 8:00 PM at the Cox & Son Funeral Home in Shawneetown.  Her funeral service will be on Monday, January 30, 2017 at the funeral home starting at 10:00 AM.  Rev. Marshall Glover and Rev. Jeff McMain will officiate and she will be laid to rest in the Westwood Cemetery near Shawneetown with her family.

To order memorial trees or send flowers to the family in memory of Toni G. Glover, please visit our flower store.
Send a Sympathy Card