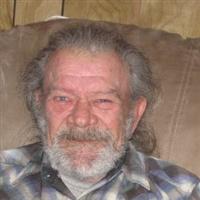 Willard Harold ""Popeye"" Durham age 71 lifelong Old Shawneetown resident died on March 1, 2015 in the Deaconess hospital in Evansville, IN. He was surrounded by his family at his time of death.

Popeye as most called him was born on the Wabash River on a boat near New Haven on September 9, 1943 to the late Clifton Ray and Georgia (Lewis) Durham. He had worked around Old Shawneetown his entire life as a general laborer. He worked for many of the taverns throughout the years with his last few years before retiring working for Hogdaddy's. His real love was the river, as he was known for his expert skiing ability and loved to work on boats and motors. Popeye was always willing to help someone and will be missed.

He is survived by his wife, Susan (Martin) Durham of Odin, IL, a daughter, Melissa (Donald) Cabell of Evansville, IN, a daughter, Taywanna (Monty) Flahardy of Shawneetown, and a son, Felix (Shawna) Martin of Odin, IL. 14 grandchildren, a brother, James (Jane) Durham of Evansville, IN and a sister in law, Charlotte Durham of Ridgway. He was preceded in death by 2 brothers, Ray and John and 2 sisters, Sue and Beulah.

Popeye will be cremated and a memorial service by the family will be held at a later date. Cox & Son Funeral Home in Shawneetown is entrusted with the arrangements and you may leave a note of comfort to the family at www.coxandson.com


To order memorial trees or send flowers to the family in memory of Willard Harold Popeye Durham, please visit our flower store.
Send a Sympathy Card