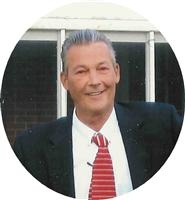 William Ralph Harmon, 60, of Shawneetown, died Tuesday, December 29, 2009, at Deaconess Medical Center in Evansville, Indiana after an extended illness. Bill as most knew him was born in Shawneetown, on April 20, 1949 to Ralph and Ann (Mahoney) Harmon.

He was an owner & operator of The Silver Fox and Beefeater's Bar & Restaurant in Shawneetown during the 1980s. Bill was known for his quick wit and contagious laughter, and it never bothered him if he laughed louder at his jokes than anyone else. He loved sports, especially St. Louis Cardinals baseball, spending time with his friends and family, and enjoyed telling humorous stories about the past with his brothers.

Bill was preceded in death by his father, Ralph Harmon.

In lieu of flowers you make memorial donations in his memory to the Shawneetown American Legion.


To order memorial trees or send flowers to the family in memory of William ""Bill"" Harmon, please visit our flower store.
Send a Sympathy Card