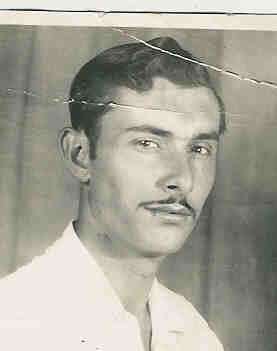 Gilbert I. ""Kip"" Joyner age 76, resident of Shawneetown passed away in St. Louis Missouri on August 27, 2007 at the St. Louis University Hospital. Kip as most knew him was born in Harrisburg, Il on November 2, 1930 to the late William and Arvie (Conkle) Joyner. Kip spent a lot of his life in Hardin County, IL and he and his father ran a taxi service. He served his country in the army during the Korean War.


He was preceded in death by his parents and 2 children Gilbert Joyner, Jr.
and Nicole Mae Joyner.


Graveside services will be Wednesday, August 29, 2007 at 11:00 AM
At the Westwood Cemetery in Shawneetown with Rev. Cherie Wilkerson officiating.
Those attending should go directly to the cemetery.


To order memorial trees or send flowers to the family in memory of William ""Kip"" Joyner, please visit our flower store.