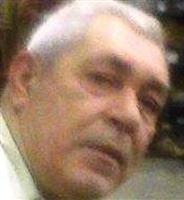 Billy retired from the Village of Ridgway after 32 years working on the Street and Water Department. He loved the outdoors, especially camping and fishing. His real love was his family especially his grandchildren. Billy was a member of the First Baptist Church in Ridgway. He was a good husband, father, grandfather and friend and will be missed.

Billy is survived by his wife Lois of Ridgway, along with a son Kelly Lynch of Shawneetown, and 2 daughters, Shelly and Ernie Rigdon and Rachel Lynch all of Ridgway. He is also survived by grandchildren, Caitlyn Lynch, Gabrielle Rider (Jared Combs), Joseph Rider and Samantha Lynch (Joseph Flahardy). One Great Grandchild, Jayce Combs. He was preceded in death by his parents, a son, Brian Joseph, a granddaughter, Jennifer Weiland and a sister, Linda Dale.

Visitation for Billy will be on Thursday, August 21, 2014 from 11:00AM to 1:00 PM at the Cox & Son Funeral Home in Ridgway. His funeral service will follow starting at 1:00 PM at the funeral home with Rev. John Wright officiating. Interment will be in the Westwood Cemetery in Shawneetown.


To order memorial trees or send flowers to the family in memory of William J. Lynch, please visit our flower store.