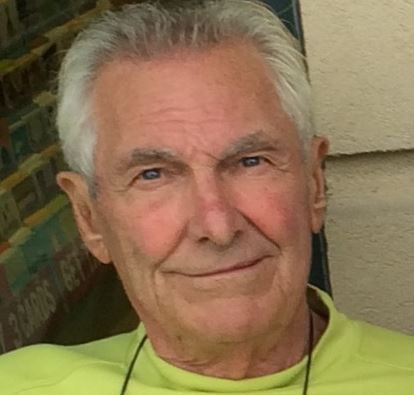 William Leo Miner, of Edgerton, passed away Sunday, January 29, 2017, in Naples, Fl., surrounded by loved ones. William "Bill" Miner was born July 16, 1943, in Shawneetown, IL, the first son of Henry Glen Miner and Helen Opal King Miner. He was raised in Ridgeway, IL. Bill attended the University of Illinois Urbana-Champaign, graduating with a degree in Physiology. After college Bill worked for Bristol Myers-Squib as a drug sales representative. After Squib, Bill became an investment broker at Loewi & Company. Bill worked as a broker for over 30 years, retiring from Robert W. Baird & Co., as a Vice President in 2001.
Bill was married to Georgia Stewart Weis Miner, truly the love of his life. Together, they devoted tremendous love and energy to their family. Bill enjoyed his recent years traveling between his beloved summer home on the river in Edgerton, WI and his winter home in Ave Maria, FL. Bill loved the game of golf and enjoyed regular card games with close friends, who knew him fondly as Maj, or the Mayor of Main Street. Bill never met a stranger, and had an uncanny ability to greet people with such warmth and love that they never forgot him. He had a great story telling ability and unique, unforgettable presentation of jokes. Over the years, Bill collected everything from cars to model trains. He never lost his thirst for knowledge and was constantly thinking up new projects to keep him busy and challenged. Bill was a past member of the Janesville Country Club, Toastmasters, Janesville Jaycees, and his bridge and poker groups.

Bill's family wishes to express their deep gratitude to all family, friends, the staff at NCH Hospital, Naples, and the community of Ave Maria, FL, during this difficult time.
Bill was a generous, loving, and funny man. He will be deeply missed by all whose lives he touched.
You leave us with heavy hearts but will live forever in our memories PaPa.

Please leave notes of comfort and stories to the family at www.coxandson.com

To order memorial trees or send flowers to the family in memory of William Leo Miner, please visit our flower store.
Send a Sympathy Card