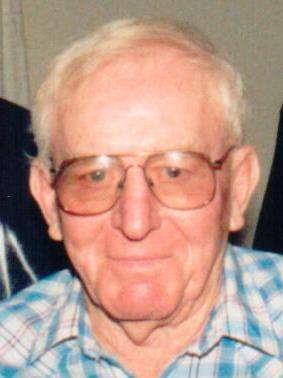 William Wayne “Bill” Mobley, age 87, lifelong resident of the New Haven area, died peacefully on June 9, at his home surrounded by his family.  Bill as most knew him was born near Concord on January 17, 1930 to the late John and Mabel (Hale) Mobley.  On December 30, 1950 he married the love of his life, Mary Lou (Risley) Mobley and they had 67 years of a wonderful marriage.  He was a member of the Concord United Methodist Church.

Bill was a farmer all of his life.  He was a very hard worker, always fixing and building things working with his hands.  He loved his family so much and he was the happiest when they were all together.  He loved ballgames and was great storyteller.  Bill served on the Concord School Board, and as Township clerk.  He was a loving husband, father, grandfather, brother and friend.  He will be missed by many.

Visitation for Bill will be on Sunday, June 11, 2017 at the Cox & Son Funeral Home in New Haven from 4:00 PM to 8:00 PM.  His funeral service will on Monday, June 12, 2017 at the funeral home starting 10:00 AM.  Rev. Thad Galloway will officiate and burial will follow in the Union Ridge Cemetery.  Memorial contributions in his memory can be made to the Concord Methodist Church.

To order memorial trees or send flowers to the family in memory of William Wayne "Bill" Mobley, please visit our flower store.