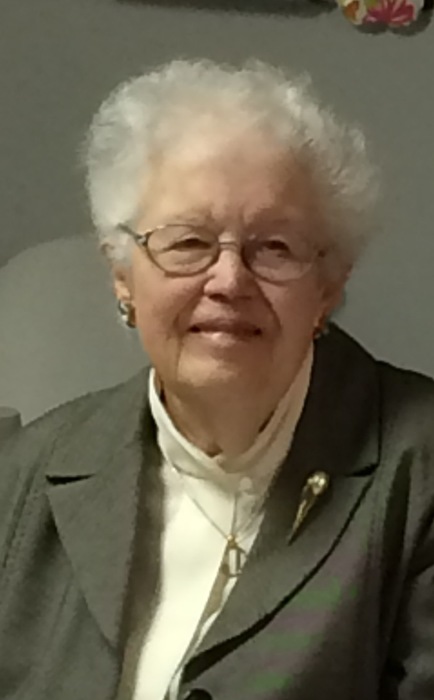 Wilma Imogene Ramsey Harrington, age, 101, was born at home in the Thicket Community near Omaha, Illinois on March 19, 1918.  She passed on this life, April 15, 2019 at the Wabash Christian Village in Carmi.  Her parents, Jesse Charles and Pearl Rister Ramsey preceded her in death, as did her four younger siblings; Lola Marie Field, Bernie Lee Ramsey, Charles Estel Ramsey and Genevieve Hutchison.

As a young teenager she began working alongside her father on the family farm driving a team of horses to till and to plant.  After marriage she continued her interest in farming as a farm wife.  In 1969 she completed the Licensed Practical Nursing Program at Southeastern Illinois College, graduating at the top of her class.  Wilma was a homemaker, avid gardener, an excellent cook and enjoyed community service throughout her life.  She was an active member of New Hope General Baptist Church for over 90 years.

Visitation for Wilma will be on Saturday, April 20, 2019 at the New Hope General Baptist Church, north of Ridgway from 10:00 AM to 11:30 AM with her funeral service immediately following.  Rev. Mike Fields will officiate and burial will follow in the Old Cottonwood cemetery.

In lieu of flowers, memorial contributions can be made in her memory to the New Hope General Baptist Church, Envelopes will be available at the church.

Cox & Son Funeral Home in Ridgway is entrusted with the arrangements and you may send a note of comfort to the family at www.coxandson.com

To order memorial trees or send flowers to the family in memory of Wilma Harrington, please visit our flower store.