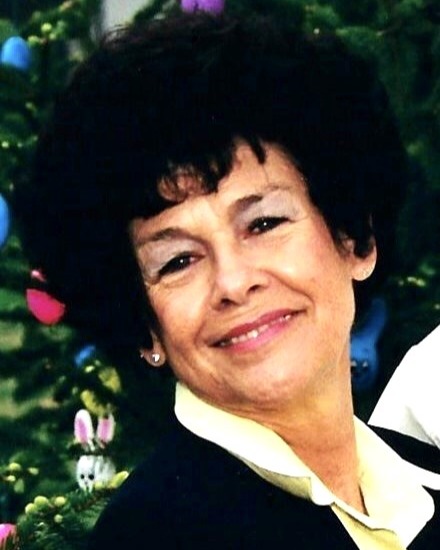 As a young girl, Wilma learned the value of hard work picking pecans on the family’s farm.  She enjoyed cooking with her mom and tap dancing with her dad and playing dolls.  She loved to spend time with her cousins, playing dress up, curling each other’s hair and taking long walks around New Haven.

Wilma married the love of her life, John W. Adams on September 23, 1955 and had two daughters, Terry and Tammy.   John and Wilma were happily married for 66 years until John’s death in 2021.  Wilma was a cheerleader in grade school and in 1950 she was crowned the first Pecan Queen at the New Haven Pecan Days.   Wilma worked at The Drug Store, a local soda shop in New Haven as a waitress.  After marrying John, the couple moved to Chicago where Wilma was a stay-at-home mom for many years.  In 1959 the couple moved to Romeoville, Illinois and Wilma went back to work in a doctor’s office for several years until the birth of her youngest daughter, Tammy.  Wilma then only worked part-time at various stores, Kessler’s Bridal, Stuarts Dress Shop, and Casual Corner where she enjoyed socializing with her customers and co-workers.  When her husband retired from General Motors, the couple moved back to New Haven so that Wilma could care for her mother, Ida.   Upon the birth of their 4th granddaughter, John and Wilma moved to Bourbonnais to be closer to their children and grandchildren.

A graveside service will be held for both John and Wilma at Union Ridge Cemetery, New Haven, Illinois on September 23, 2022 at 11:00 a.m.

To order memorial trees or send flowers to the family in memory of Wilma S. Adams, please visit our flower store.