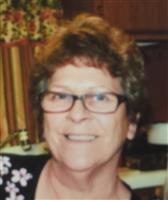 Winda J. Wenzel, age 62 of Shawneetown died peacefully on Saturday, July 12, 2014 in the Ridgway Nursing and Rehab Center. Winda was born in Mississippi on January 27, 1952 to Lester and Winnie (Ray) Betts. In 1976 she married Michael ""Mick"" Wenzel. She was the administrator of the Warren House in Shawneetown until retiring this past January. Winda loved flowers, sewing and quilting, dancing but mostly taking care of people. She lived her life helping others that needed or could not help themselves. She was a kind soul with a beautiful smile and and will be missed.

Visitation for Winda will be on Tuesday, July 15, 2014 at the Cox & Son Funeral Home in Shawneetown from 11:00 AM to 1:00 PM. Her funeral will also be on Tuesday at the funeral home starting at 1:00PM with Rev. Michael Rushing officiating. She will then be laid to rest in Westwood Cemetery in Shawneetown.


To order memorial trees or send flowers to the family in memory of Winda J Wenzel, please visit our flower store.
Send a Sympathy Card